Mathias’ roots are in the small, rural river town of Perryville, MD.  Growing up in a musical family, his creativity was always encouraged.  Mathias was introduced to the wide world of Catholic HEART as a musician in 2012.  Since then, he spent several years touring nationally as a full-time musician.  Eventually, Mathias decided to settle down on Florida’s Space Coast and joined the CHWC office staff as their full-time media director.  In addition to creating music, Mathias loves to cook, run, surf, and cheer on the Philadelphia Eagles and Sixers. He currently resides in sunny Melbourne, FL with his wife, Rachel.

NOTE: This section is for contact leaders who have ALREADY REGISTERED and need to adjust their total numbers (add or drop campers).

If you would like to register for a camp, please Register Now! 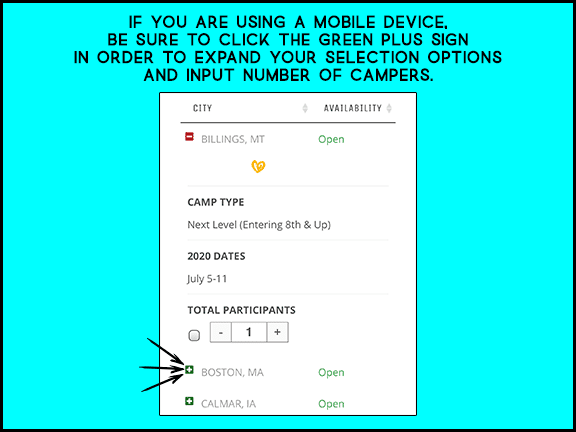